THE CANNES YACHTING FESTIVAL: 40 YEARS AS AN UNMISSABLE RENDEZVOUS

The Cannes Yachting Festival is a nautical exhibition that has been organised amid the glitz of the Côte d’Azur since 1977. Intended for professionals but accessible to the general public, the show has since gathered the world’s pleasure sailing industry in one place every year, giving a platform to designers and builders of yachts as well as equipment providers, brokers, insurers or even producers of nautical clothing. It remains today the largest in-water exhibition in Europe.

There had been previous efforts to launch a nautical platform in the Cannes area since 1931, when an event was held in Saint-Raphaël. An ill-fated attempt to set up an exhibition in Cannes itself in 1959-1961 provided useful lessons, as did an itinerant autumn show begun in Cannes which was held in various places on the Côte for 10 years from 1968. In 1977, the sector decided the time was right to re-establish a permanent in-water event at Cannes. With help and support from the city authorities, the Cannes Yachting Festival was born and has gone from strength to strength ever since. 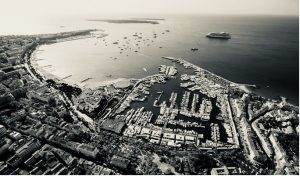 THE BEST THE RIVIERA HAS TO OFFER Scroll to top